Recently, I’ve started reading some poetry and want to share with you one poem that I find gives me great inspiration.

When death comes
like the hungry bear in autumn;
when death comes and takes all the bright coins from his purse
to buy me, and snaps the purse shut;
when death comes
like the measles-pox;
when death comes
like an iceberg between the shoulder blades,
I want to step through the door full of curiosity, wondering:
what is it going to be like, that cottage of darkness?
And therefore I look upon everything
as a brotherhood and a sisterhood,
and I look upon time as no more than an idea,
and I consider eternity as another possibility,
and I think of each life as a flower, as common
as a field daisy, and as singular,
and each name a comfortable music in the mouth
tending as all music does, toward silence,
and each body a lion of courage, and something
precious to the earth.
When it’s over, I want to say: all my life
I was a bride married to amazement.
I was the bridegroom, taking the world into my arms.
When it is over, I don’t want to wonder
if I have made of my life something particular, and real.
I don’t want to find myself sighing and frightened,
or full of argument.
I don’t want to end up simply having visited this world.

One of my goals this year is to do things that are outside of my comfort zone. I find it rewarding to challenge myself to try something that makes me feel uncomfortable or to do something I wouldn’t normally do. While that there are many benefits of moving beyond your limits such as enhancing your enjoyment and experience of life, stimulating your brain, increasing your self confidence, making you more resilient, etc., I still get that nervous feeling before doing something that pushes the limits of what I’m comfortable with. Ultimately, as I think to myself what the worst thing that could happen is, it doesn’t seem that bad after all, which led me in part to an “AHA” I had recently.

This “AHA” moment was that these feelings of fear, excitement, and challenge are totally normal and in fact expected as I was deciding to step outside my comfort zone. On one hand, part of me wants to stay the same, as I like the comfort of doing things that I know are safe and secure. This conservative side of me is looking out for my best interests by not letting me get into potentially dangerous situations. One the other hand the risk taking side of me wants me to grow, change and improve. I had to take risks to get to where I am today, so why should I stop taking risks in the future? This adventurous side of me ALSO is looking out for my best interests by pushing me to grow and improve. And while these two parts of me may seem to be pulling me in opposite directions, in fact they work together to make up who I am and they both have the same goals and desires for myself. Therefore, it is better to embrace them rather than fight against them while recognizing that they have an almost polar approach to doing things.

Baby Steps
So with that being said, I asked myself how I can challenge myself to step outside my comfort zone. After thinking about this for a while, not knowing for sure if I’m ready for drastic action, I’ve decided to take the following baby steps on the these items:

1. Becoming a more active participant in the online community.
I love being connected to the web and reading interesting blogs and websites. One way to get more involved in this community and move from being a passive user to a more engaged used is to contribute more by mentaly expanding my comfort zone of what I do online. So this will involve commenting in forums, interacting with people, leaving comments on blogs, showing appreciation for people’s work, and just treating it more than just a passive form of activity.

2. Read a book with an opposing view
I’ve noticed that many of the books I read have similar themes and views to them. I think that reading a book with a completely different perspective will really challenge some of the assumptions and beliefs that I hold and broaden my perspective on whatever issue I choose to read about.

3. Emailing and calling local people who I wouldn’t normally get in touch with
Similar to #1 in engaging in a community, but this time with local contacts who I can connect with in a local setting. I’m still figuring out all the details such as what exactlly I want to get out of this activity and why I going to do this, but I think part of it stems from the fact that in large group settings, there are times when I feel uncomfortable meeting people for the first time.

4. Doing “unconventional” things
I don’t know how far I’d be willing to go, but one thing that woud feel really weird is a challenge Tim Ferriss describes in his book “The Four Hour Work Week”. It goes as follows: …simply lie down in the middle of a crowded public place. Lunchtime is ideal. It can be a well-trafficked sidewalk, the middle of a popular Starbucks, or a popular bar. There is no real technique involved. Just lie down and remain silent on the ground for about ten seconds, and then get up and continue on with whatever you were doing before. While I don’t know if I would want to do something like the challenge described above, I think doing unconventional things can be a great way to build character and overcome the fear I sometimes get of feeling self conscious in certain public situations.

Conclusion
In the end, I believe it’s the journey that matters most, not the final destination. So I’ll try to embrace and enjoy the ride as I embark on these activities in moving beyond my comfort zone. Finally, I’ve written down 2 questions that didn’t quite fit into this post as some additional food for thought.

Where in life am I being insane (doing the same thing over and over while expecting a different result)? AND Where have I gotten too comfortable in life? 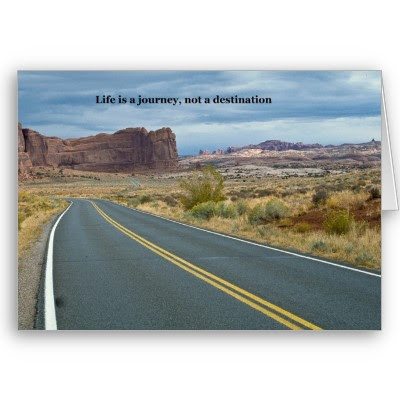 2009 has come gone and I’ve had a chance to spend some time thinking and reflecting on everything that’s happened this past year. Overall, it’s been an incredible year of growth and maturity, and through my experiences and actions, I learned a lot about who I am and where I want to go in life. Most importantly though, I had fun along the way. So here’s to 2009, and another exciting year ahead for 2010.

1. I continually tried new things
In 2009, I picked up snowboarding/snowshoeing, went curling for the first time, completed a triathlon, dehydrated a meal for a camping trip, attended a raw food potluck, experimented (is “cooked” the right verb here?) with bacon ice cream, led a focus group, and MC’d at my sister’s wedding just to name a few things. I really enjoy trying new things as variety is indeed the spice the life, helps me put things in a different perspective, and keeps me humble by putting myself in the student’s perspective going through the learning process.

2. Started a successful business
2009 marked the launch of Young Urban Farmers, a business I cofounded with two other friends/partners. While it was filled with a variety of challenges, I would consider our first year a success, especially as were were featured in two major media outlets.

3. Connected and reconnected with a variety of incredible people
As I’ve grown and matured, I realize that nothing happens without the suport of other people, and developing healthy relationships is at the core of it. Through reconnecting with old friends, meeting new people through networking sessions, friends of friends, or some other scenario, I felt that I was able to meet, network, and connect with a wide group of people. While some of these connections will be temporary, I hope that many will lead me to new and interesting paces I wouldn’t have imagined had I not met that person. So to all my friends and family who have shaped me in one form or another (you know who you are), thanks for being there and helping me become the man who I am today.

4. I failed at a number of things.
To fail is not to be a failure; rather to not try is to be a failure. And I believe if you’re not failing often enough, maybe you’re not challenging yourself enough. I’ve learned so much through failure, and in my opinion, even more so than through success. While I don’t think anyone enjoys failing, it does show that I’ve been open to putting myself in new and challenging situations oustide of my comfort zone to help me grow and develop as a person. Two failures that stick out in my mind was my Lemon/Herb camping trip and not fulfilling my volunteer commitments for the non-profit group Endeavor Volunteer Consulting Network.

5. I had fun
Despite the failures, 2009 was a fun year. From playing ultimate frisbee to summer BBQ’s, from winter hiking and summer camping trips, and from sharing a beer on a quiet patio to celebrating a few weddings, 2009 was a spectacular year. I can’t wait for what 2010 has to offer.

Theme for the Year:

Theme for 2009
After thinking about this for a while, I would say that 2009 was the year of personal growth: mentally, emotionally, and physically. With this has come increased confidence in who I am, realizing that it’s ok to be vulnerable, letting go of the belief that I should know everything, and being better equipped at dealing with a wide range of emotions (joy, happiness, sadness, grief, excitment, anticipation to name a few). There were fears and uncertainty, awkward moments and exhilarating experiences, joys and triumphs, and it is by living through and overcoming these situations that makes all the hard times worth the effort and journey. 2009 was not without my fair share fears such as fear of failure or fear of looking silly, but even if these things did happen, life would still go on. I’ve learned that the only person stopping me is me (and my own fear).

Theme for 2010
>Going into 2010, I feel incredible knowing that I had an amazing 2009 and that the man going into the new year is different than the man 365 days ago. I’ve tentatively labelled 2010 as the year of breakthrough – that is taking things to a new level, reaching new heights, and continuing to shatter expectations. That’s as far as I’ve figured it out so far, but for now, and the clocks already ticking for 2010, and before I know it, the

To end, I want to leave you with this quote by Robert Cushing, “The fact is, that to do anything in the world worth doing, we must not stand back shivering and thinking of the cold and danger, but jump in and scramble through as well as we can.”